What is a limit state function? 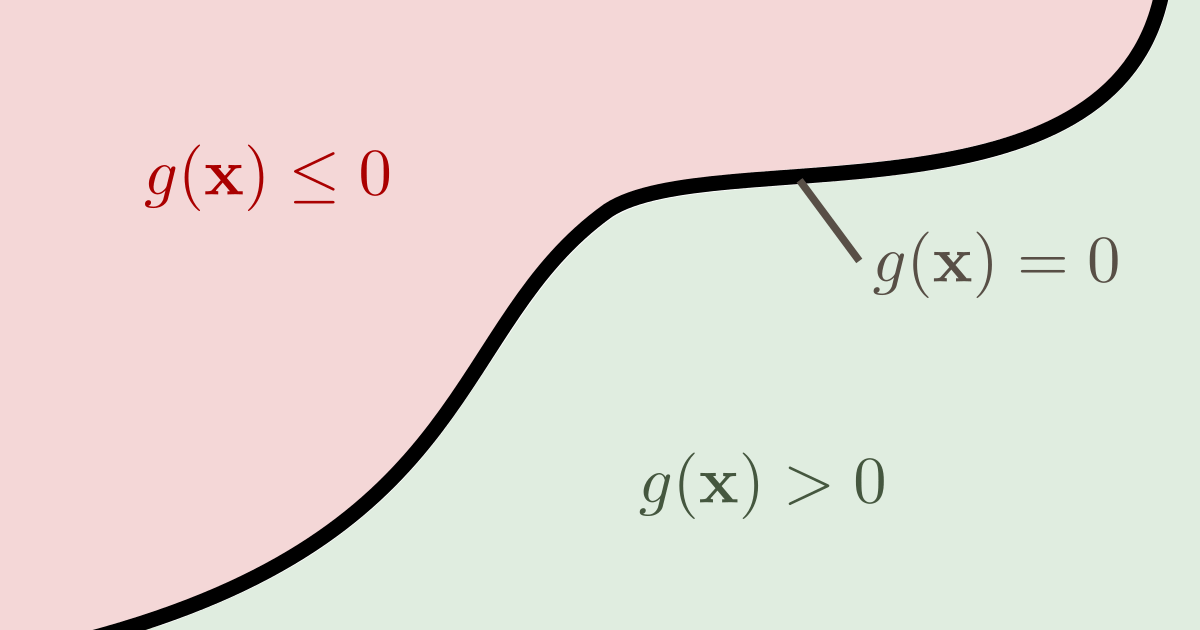 In structural reliability analysis, the limit state function (also referred to as performance function) states whether for a particular sample point $\mathbf{x}$, the expected system behavior is acceptable or undesired. More formally, let $g(\mathbf{x})$ be a function such that $g(\mathbf{x})\le 0$ if and only if the system is in an undesired state, and $g(\mathbf{x})>0$ otherwise.

For the definition of the undesired system response, one typically distinguishes between the ultimate, damage and the serviceability limit-state [Melchers, 1999], where ultimate refers to at least partial collapse of the structure, and serviceability means disruption of normal use.

Note that the performance of numerical methods for structural reliability analysis can depend on the particular formulation of the limit state function.